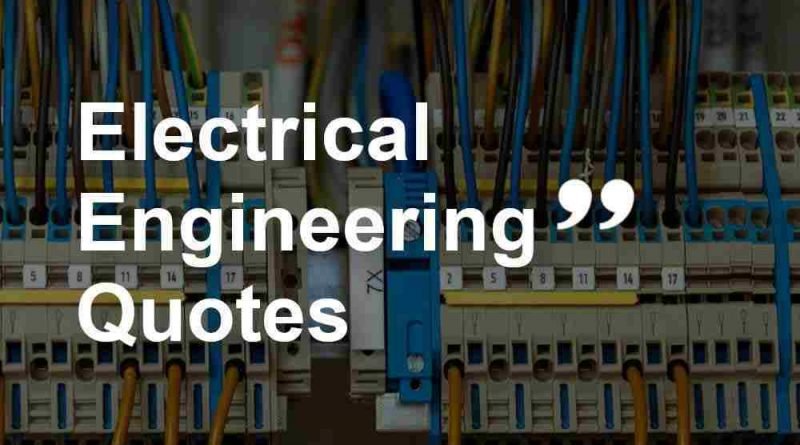 As an engineer, you need to face many things, challenges, maintain work schedule and need to be more productive and creative on your engineering job, on workplace, shop floor in a company, work site and life more inspired.

Here are some of the best and most inspiring quotes about electrical engineering are as follows,

People always fear change. People feared electricity when it was invented, didn’t they?

Electric power is everywhere present in unlimited quantities and can drive the world’s machinery without the need of coal, oil, gas or any other of the common fuels.

The electrical engineer has an enormous advantage over other engineers; everything lends itself to exact calculation, and a completed machine or any of its parts may he submitted to the most searching electrical and magnetic tests, since these tests, unlike those applied by other engineers, do not destroy the body tested.

I suppose the reason I chose electrical engineering was because I had always been interested in electricity, involving myself in such projects as building radios from the time I was a child.

Whether you’re studying electrical engineering or poetry, college is not about maximizing income, it’s about becoming a better and more informed observer of the universe. And for me, at least, that what’s leads to a more fulfilling life.

Besides electrical engineering theory of the transmission of messages, there is a larger field which includes not only the study of language but the study of messages as a means of controlling machinery and society, the development of computing machines and other such automata, certain reflections upon psychology and the nervous system, and a tentative new theory of scientific method.

Having an audience is almost like plugging me into an electrical outlet. People feed me so much of their energy. We have a great time. It’s all about the fellowship.

I was originally supposed to become an (Electrical) engineer but the though of having to expend my creative energy on things that make practical everyday life even more refined, with a loathsome capital gain as the goal, was unbearable to me.

Information theory began as a bridge from mathematics to electrical engineering and from there to computing.

Those who admire modern civilization usually identity it with the steam engine and the electric telegraph.

It’s become relatively commonplace to find corners of Africa that have good cell coverage but no electrical power.

We have a tremendous investment in facilities for (internal combustion engines, transmissions, and axles) and I can’t see throwing them away just because the electric car doesn’t emit fumes.

The positive and negative poles of a battery create an electrical flow. The masculine and feminine poles between people create a flow of sexual energy in motion.

I think my most important work has been done on the borderlines between different areas of science. My first work was in geophysics, a combination of physics and geology, and then at the Bell Laboratories, it was more a combination of physics and electrical engineering. That’s what I’m following more or less as time goes on. My appointment here at the university relates to physics and electrical engineering, but I have also worked in the borderline areas between physics and chemistry. I think reading widely and being interested in many different areas in science is important.

Indeed, nowadays no electrical engineer could get along without complex numbers, and neither could anyone working in aerodynamics or fluid dynamics.

We’re electrical items and when we die the electricity goes somewhere else. When we die our energy goes into the galaxy.

Pain reaches the heart with electrical speed, but truth moves to the heart as slowly as a glacier.

We’re made up of energy, so who’s to say you can’t transmit through electrical means? If you could transmit yourself wirelessly, then it’s Armageddon pretty much.

Enthusiasm is the electric current that keeps the engine of life going at top speed.

The design of this memoir is to deduce strictly from a few principles, obtained chiefly by experiment, the rationale of those electrical phenomena which are produced by the mutual contact of two or more bodies, and which have been termed galvanic; its aim is attained if by means of it the variety of facts be presented as unity to the mind.

Calculus, the electrical battery, the telephone, the steam engine, the radio – all these ground-breaking innovations were hit upon by multiple inventors working in parallel with no knowledge of one another. 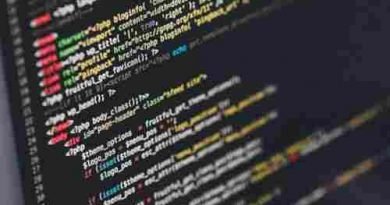 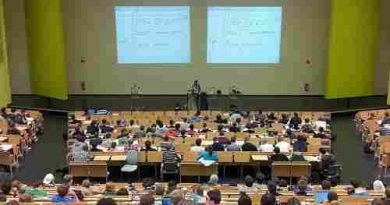 Best Engineering Colleges in the USA 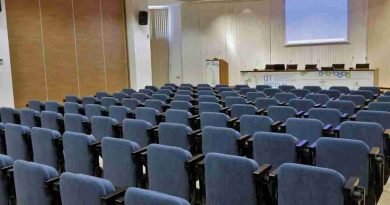